Day 2 has dawned bright and clear at SeaLink Magnetic Island Race Week (SMIRW) and already the gauntlet is being thrown down in some divisions where bets are on for the yachties’ favourite tipple - rum and coke - and champagne, which have fast become de riguer at this very social event. 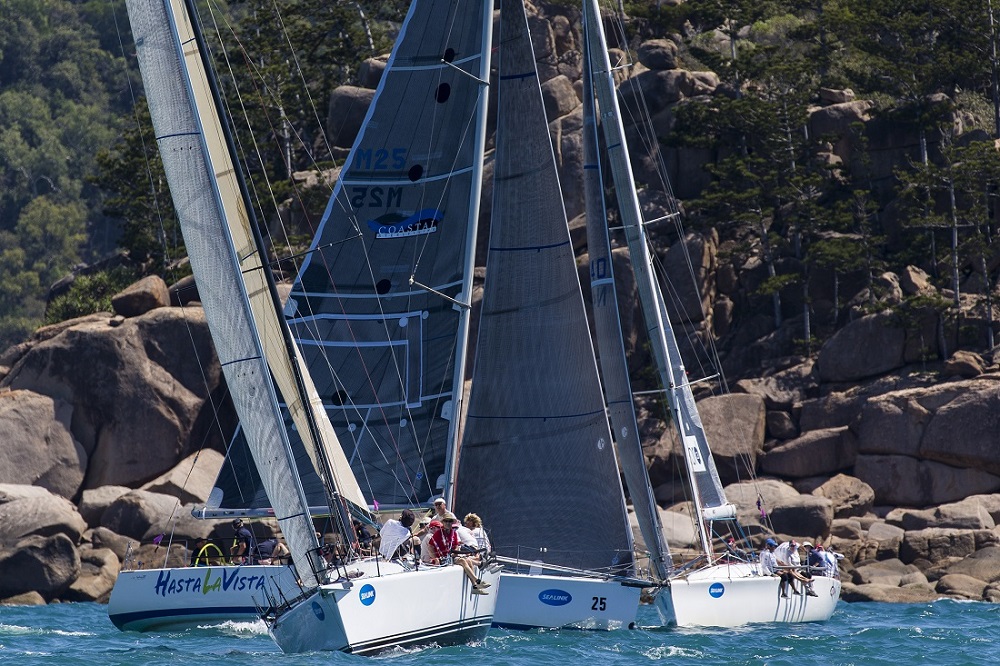 Principal Race Officer, Denis Thompson, said, “It will be a spinnaker run to the mark off the Strand,” making it visually colourful for those on land. “Then it will be a zig zag course home; a few more marks to round than yesterday, making it interesting.”

Hughie Lewis, skipper of the Farr 40 Ponyo, has a few fellow Tasmanian’s in tow to crew the boat owned by Victorian, David Currie. Sailing in Spinnaker Division 1, Ponyo spent most of the race chasing the Andrew Pearson/Adam Brown chartered Beneteau First 45, Highly Sprung.

However, Lewis said this morning, “We finally mowed them down on the way to the finish. It was a great day and race; we’re looking forward to more of the same today, but we’d like to be in front of the Beneteau today.”

Racing at SeaLink Magnetic Island Race Week is due to get underway from 11am this morning ahead of tomorrow’s lay day, which also doubles as Father’s Day. 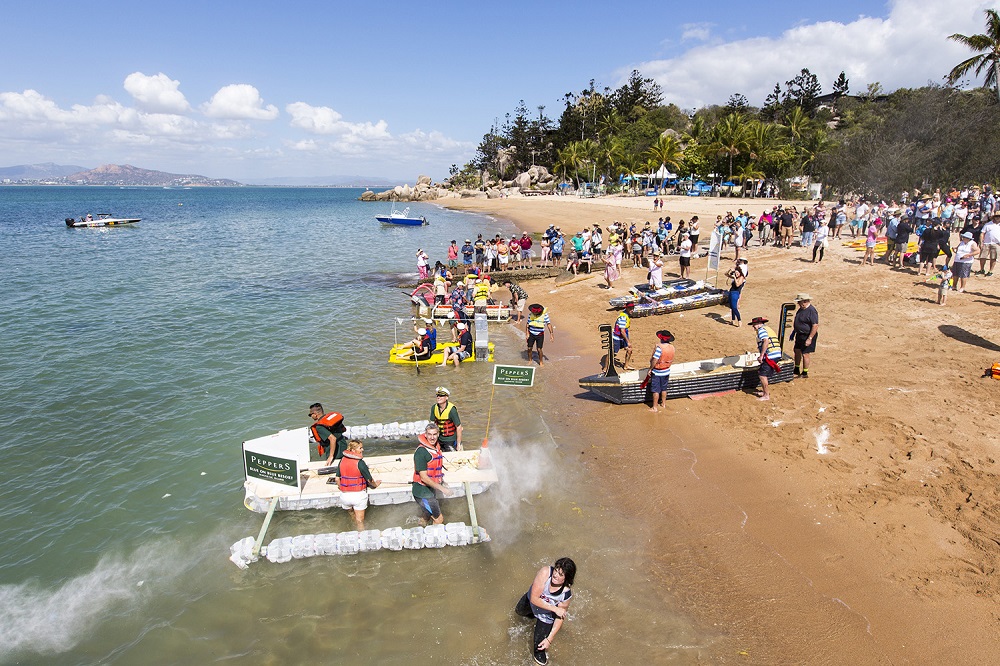 Some of the delights of lay day include: Father’s Day at Picnic Bay, including free kids activities, along with food and entertainment at Picnic Bay Hotel  (9am-5pm); Artisan markets and food stalls (9am-2pm);  On the Water activities (we believe the Pier Jump is on again); Rotary Magnetic Island Beer Can Regatta (from 10.30am); Beach Retreat at Picnic Bay Surf Club (from 10am); Mud crab races (2.30pm); Fundraising barbecue and the band, Godfathers of Funk (12 noon to 5pm).

It’s all fun and everyone is welcome, but tonight after racing, competitors and friends will be entertained by soloist, Craig Phelps, at Peppers Race Headquarters.