Today is the final day and race at SeaLink Magnetic Island Race Week, and as such, it is a last chance for competitors to make an impact in the various divisions of the Townsville Yacht Club’s (TYC) annual week-long regatta – on yet another perfect day on Maggie Island. 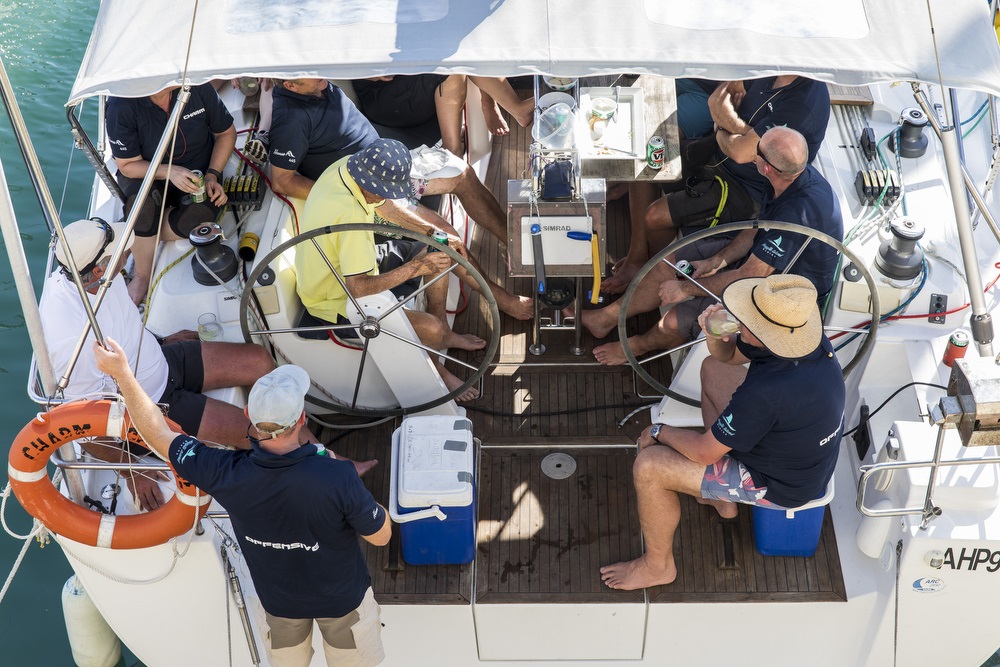 On Highly Sprung, Andrew Pearson (no relation to the writer), the co-charterer of the Beneteau with Natalie Brown, is loath to return home after a week of sailing and fun with an interesting mix of crew.

“We have diversity on the boat this time; six ladies, philosopher Matt Lumsden, my mate Scott ‘Pooley’ Poole and the regulars, who are the owner, Mark Spring’s crew,” Pearson commented. Pooley said this was the best crew he has ever sailed with, while Scotty and I have done 4,000 miles of delivering boats up north together.”

Pearson maintains they are “blending in to the Townsville way of life, but it is nearly time to go home. This week though, we are here to honour the Wine Dark Sea tradition.” It is the Lyons 49 owned by Peter Lowndes, who recently lost his partner in life and partner in the boat, Sarah Goddard-Jones, in a diving accident. She was a regular at Maggie Island with Peter.

The Sydney yachtsman said the trophy they most want to win “is the new Sarah Goddard-Jones Trophy,” donated by Lowndes in Sarah’s memory. The Trophy will be awarded to the person who most embodies her ethos for seamanship and sportsmanship above all else.

The Highly Sprung crew have one last chance to impress, as does the rest of the fleet. Starting the regatta well, they are now in fifth place, but a podium finish is not out of the question. Paul O’Rourke, the CEO of Newcastle Cruising Yacht Club, has got the bit between the teeth, sitting atop the podium with the Sydney 40, Mako Sunglasses. 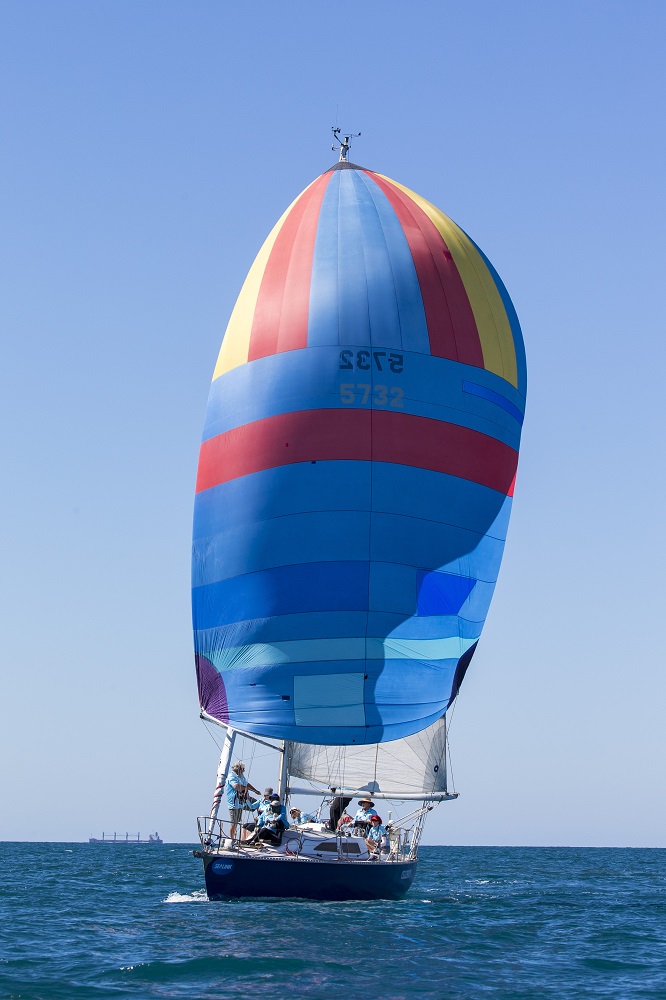 However, O’Rourke and co. are just one point ahead of Hughie Lewis/Gary Cripps on the Farr 40, Ponyo, and the Taswegians previously sat at the top of the board and can smell victory. A further three points adrift is the Rob Reynolds/Graham Turner chartered Fareast 28R from Middle Harbour in Sydney. On board is 29er and 49er designer and skiff sailor Julian Bethwaite. They will be laying it all on the line – and Highly Sprung is just a further point in arrears.

Joining Pearson ashore was David ‘Ollie’ Oliver, who is successfully mixing business with pleasure here on the Island.

By morning Ollie is the Musto Man, peddling the clothing brand as the official supplier here, then he hops aboard Sir Robbo Robertson’s ‘It’s Life’ and is taking credit for Robertson’s improved performance. Well he, may, having scored major wins over the years, including the Rolex Sydney Hobart on Victoire in 2013.

Division 4 victory is a lay down misere, as Michael Unwin’s Colson 550, Fuzzy Logic (Qld) holds all the cards with an incredible 17 point lead over nearest rival, Rob Finucane’s Fenina. There is a further two points to Peter Webster’s Son of a Son, and a further three to Lynda Sawbridge’s Helena May. The latter three are all from host, Townsville Yacht Club.

Fuzzy Logic has won three from four races, with a third in Race 1, when her crew was limbering up, while Donna Dewhurst’s Soul Sister won the opener.

In the Multihull division, local yachtsman, Graeme Etherton is on the threshold of repeating his victory of last year with The Boat, his Crowther Windspeed 32 Cat. Second placed Mistress (Dennis Coleman) is three points behind. She finished second last year, but won in 2017. Kevin Lord’s Vivacious (NSW) is poised in third, a further two points away.

All will become clear by this afternoon. 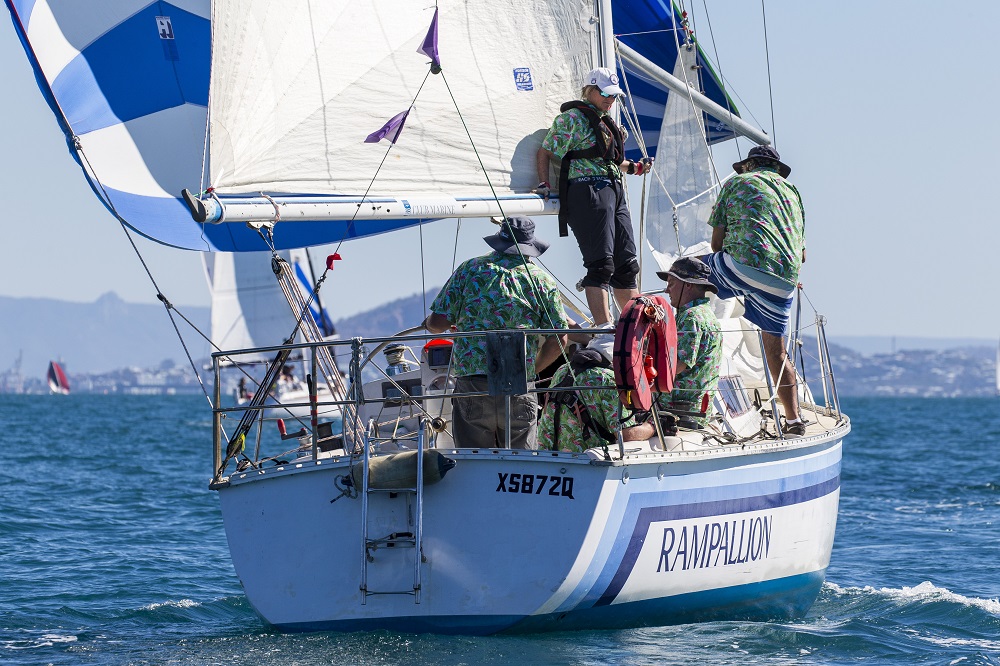 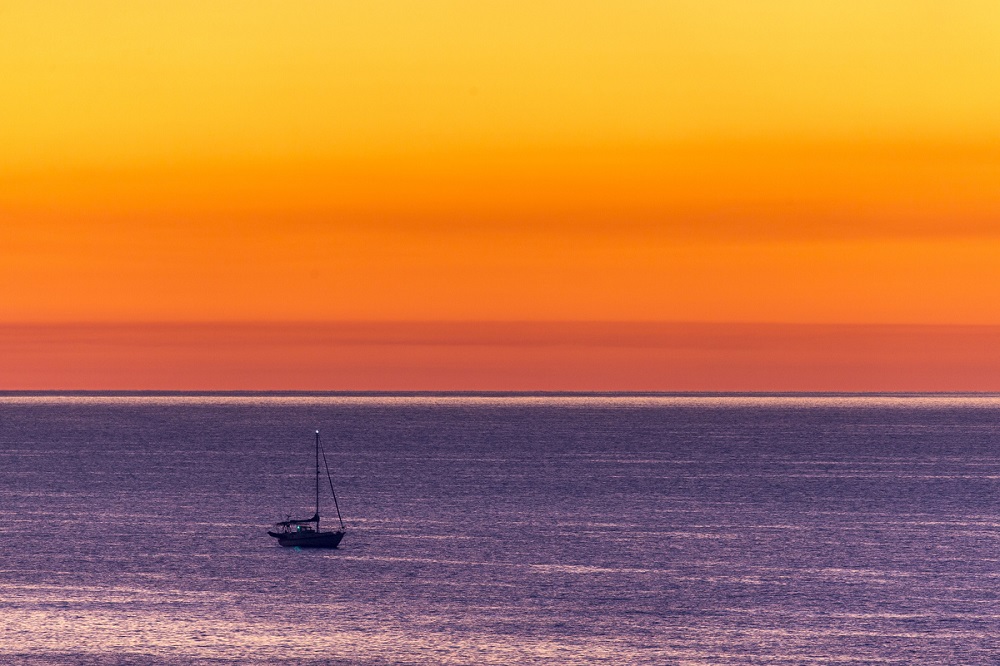 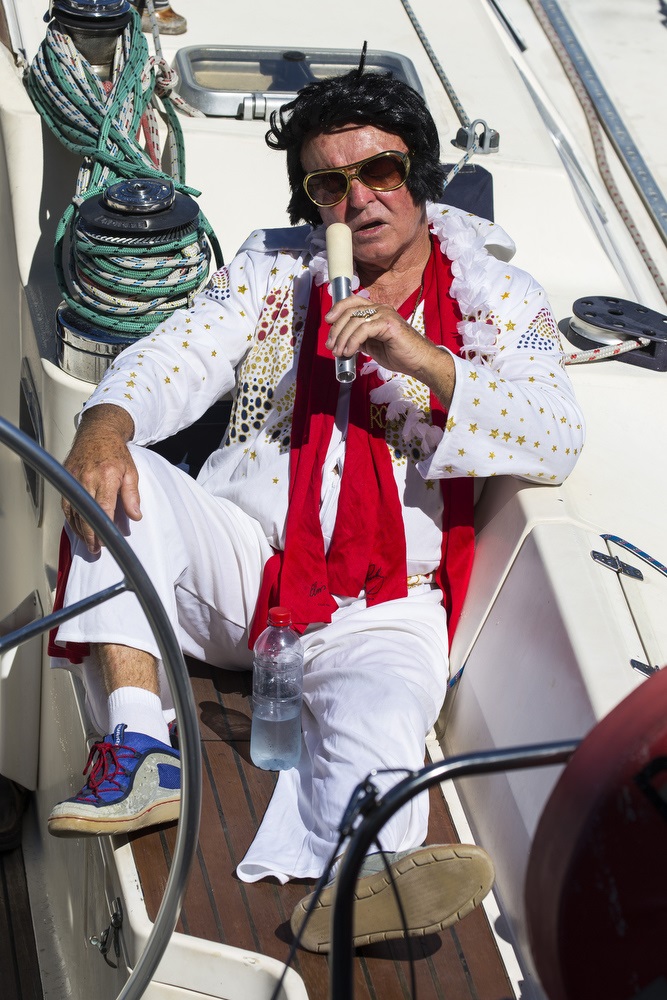